Here’s a great feature article I found about how one man in Napa Valley, California has turned his interest in aquariums into a full-time business. Joe Corbett gets paid to take care of fish! Would this be something you’d be interested in?

“I’m a fish nut,” said Joe Corbett. He’s not talking about being a seafood lover. Corbett is an aquarist. His business, Joe’s Aquarium Maintenance, is all about aquariums and their residents.

There’s nothing fishy today about how Corbett earns a living. But back in the late 1990s, his career had nothing to do with aquatic animals. From 1996 to 2000, Corbett, a former robotics software engineer, and his wife, a payroll accountant, commuted about four hours daily from Napa to high-tech jobs in Silicon Valley.

The young couple enjoyed healthy salaries and regular five-figure checks from stock option sales. But as years of long commuting began to take their toll, Corbett and his wife made the decision to leave the company. Vested in only a portion of their options, the couple watched as their former company stock price rose, and then fell. At the peak of the market, Corbett’s net worth, on paper, was in the six figures.

In the end, the couple managed to hold onto about half of their net worth. Their employer was swallowed up by acquisitions. Even with their nest egg, daily living expenses did not end. Corbett’s wife went back to work in accounting.” We’re just regular people with money in the market. We still need to pay our bills,” said Corbett.

Corbett found himself “retired” at 28, with no immediate idea of what to do with his time. For a while, he set tile with a friend. An attempt at starting a computer consulting company was unsuccessful. Eventually, he turned to fish.

“It’s been a hobby of mine for about six years,” said Corbett. His current aquarium holds 125 gallons and includes 16 species of live plants and 40 fish of varying sizes.

Shopping frequently at Napa’s Aquatic World, he discovered customers often asked for help maintaining their tanks. Doing some research, Corbett found few others in the area offering tank cleaning services.”Having done the most difficult things in my own tanks at home, I became somewhat of an authority on both fresh and saltwater tanks,” said Corbett.”I can figure it out, I have been there. I’m able to take care of any system,” he said.

The No. 1 complaint Corbett says he hears about owning fish is about cleaning the tank. Apparently, no one likes to do it.

For $35 an hour, usually enough to clean the average-sized tank, Corbett will show up at a fish owners home, buckets and water testing supplies in hand, and do the dirty work. When he’s done, everyone’s happy, especially the fish.”Fish are high maintenance pets,” said Corbett.

“A fish tank is infinitely more complicated than keeping dog or a cat. It doesn’t take very long for the tank to get out of whack,” he said.

Corbett said regular maintenance services can prevent fish loss and establish a healthy aquatic environment for the pets.”You’re actually saving in the long run, because you’re not replacing fish and spending time cleaning the tank,” he said.

In the right balance, bacteria is good for a tank, said Corbett. But if too much bacteria or worse, ammonia, builds up in the tank, the water becomes unhealthy, leading to sick or dying fish, he said. “Tanks need to be cleaned once a month. Bare minimum. I do my own tanks once a week,” he said.

Corbett said freshwater tanks used to be the mainstay, but today, saltwater tanks are gaining in popularity and ease of setup.

“Saltwater tanks are taking off right now,” said Corbett. “New methods are available to make the tanks just a successful as a freshwater tank.””It’s like having a piece of the ocean in your home,” he added.

Corbett also offers one stop tank set up and consulting services. For a fee, the aquarist can create a completed tank with selected fish. Corbett does all the work, and the client enjoys the results.

Investing just $1,000, Corbett set himself up in a business that in the 12 months since inception, has more than paid for itself.

“I’ll probably break even this year,” said Corbett. “Next year I should make a profit on my hobby,” he said. He estimated 15 regular clients with new calls coming in every month. Their tanks range in size from 30 to 260 gallons.

He also provides 24-hour emergency fish care services.”My customers can call me any time day or night,” he said.

The Carrillo family recently found themselves in need of such urgent care.The Carrillo’s 35-gallon freshwater tank had been severely overfed by a well-meaning guest, leaving the tank’s “load” out of balance, the water murky, the fish sluggish.Arriving with his supplies, Corbett went to work, vacuuming out waterlogged food, then testing ammonia, nitrite and nitrate levels.

Lorien Carrillo said that while she enjoyed the ambiance of an aquarium, “I always shied away from fish tanks because they take a lot of work,” she said.

“Joe’s very knowledgeable about fish,” said Carrillo. “His focus is fish health and keeping the tank enjoyable for tank owners.””He makes recommendations for fish to add to help reduce his visits,” she said. “He has a good business ethic.”

After spending an hour on the Carrillo’s tank, Corbett packed up his buckets, hoses and test kit. “You have no ammonia and no nitrite,” he said proudly.

A large freshwater apple snail crawled happily up a clean side of the tank, while the fish swam lively.

“Joe’s awesome. Everyone that has an aquarium needs a Joe,” said Carrillo.

link to What Is A Nano Tank Aquarium? - Beginner Guide [year]

What is a nano tank? A nano tank is a micro aquarium, generally less than 10-15 gallons capacity. The nano tanks that we use are 6-gallon aquariums. Unlike larger fish tanks and aquariums, these...

Brine shrimp can grow to twenty millimeters long and are a very good food source for adult fishes. Brine shrimps are ideal fry food because of their nutritional value. They can survive up to five...

?? Want to build a better hobbyist aquarium, get the right equipment & enjoy your fish, corals, and invertebrates more? I really hope you see my blog not only worthwhile but worth recommending to your friends as well as well-wishers interested in learning more about water aquariums in general. Stay around with TheAquariumExchange.Com 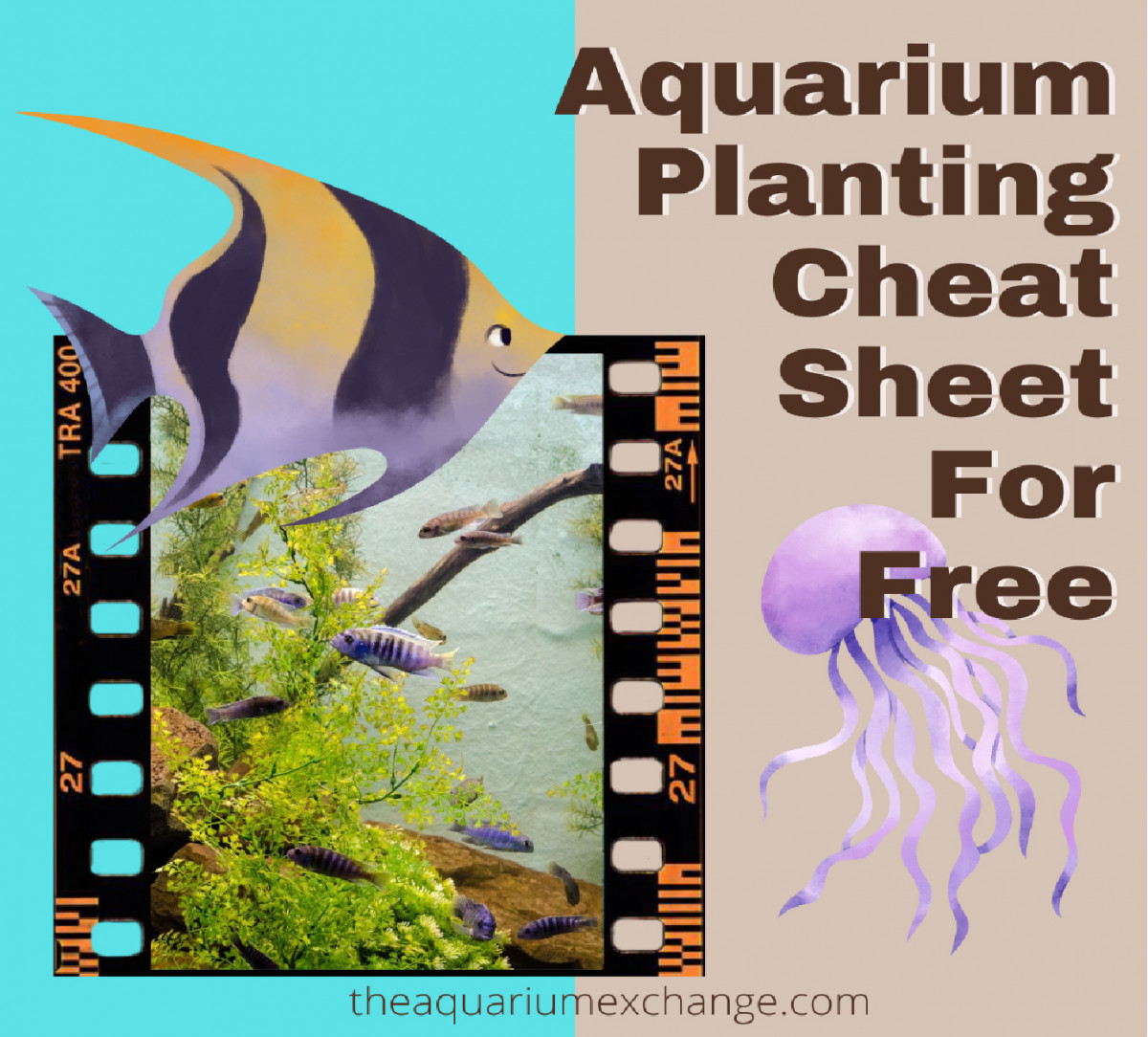