Lake Victoria was discovered in 1858 by British explorer John Speke. It is one of the largest lakes in the world covering 26,560 sq miles. As recently as 12,500 years ago the lake was believed to be a grassy plain. This makes it the youngest of the three African rift lakes. The lake is believed to be the most rapidly developing lake in regards to the rapid growth of species numbers with over 200 distinct species developing since it came into existence. In that regards Lake Victoria may be developing species more rapidly than any other animal group in the entire world. With this in mind, it is quite tragic that the native population of cichlids is dwindling down at a very rapid rate. There are several theories that scientists have for the rapid depletion of the cichlids. I will cover each briefly in the article.

Learn More About This Lake

Best Book On Addressing The Pressing Issue of Species Disappearance

Comprehensive book – A Ecology, environmental pollution and resource management are some of the issues addressed by this comprehensive insight into the limitations, challenges and opportunities facing Lake Victoria.

The first of these reasons is one that for a number of years was believed to be the sole reason or at least the most widely published reason.  This reason is the introduction of 2 nonendemic species of fish. In the 1950s, British colonists introduced the Nile Perch (Lates niloticus) and the Nile Tilapia (Oreochromis niloticus). The Nile Perch is quite a predatory species that is believed to be the majority of the reason for this decline. The Nile Tilapia on the other hand is a plankton eating fish that may not have had a great effect on the native cichlid population but may also be competing for food with some of the species. These fish were introduced to provide a food source for many countries. They grow much larger than the cichlids that exist in the lake.   It is this size combined with the predatory behavior of the Nile Perch that scientists believe was too much for the native populations of cichlids. However, in recent years, scientists have come up with several new theories on what is causing the decline of the native cichlid population.

Another of these new theories has to do with the vast amounts of pollution that are flowing into the Lake from the surrounding countries. The countries that surround the Lake have undergone a substantial population boom in recent years vastly increasing the amount of pollution being pumped into the lake. At the present time, oxygen levels at the bottom of the lake are not great enough to support life. Lake Victoria is on the verge of becoming a dead lake. Another part of this theory is that the visibility is so poor that the brightly colored cichlids from the lake are having trouble correctly identifying mates and therefore not mating as often. This pollution is a contributing factor to some of the other problems in the lake.

The next problem is the increase in algae levels in the lake. Pollution providing the necessary nutrients for algae growth. The algae levels are five to ten times the levels of the 1960s. This algae then die off creating more pollution contaminating the lake further. Visibility levels are measured in the lake by measuring the depth at which a white disc is visible under the surface of the water. This test has shown decreasing visibilities from a depth of about five meters in the 1930s to a depth of one meter or less in 1990. As you can see this is a serious danger to the lake. As pollution levels go up algae growth goes up. In turn, the algae that die-off creates more pollution in an apparent never-ending cycle of lake destruction. This is even having a great impact on the local populations around Lake Victoria. With these algae blooms is an increase in the dangerous blue-green algae causing more disease in the human population. Along with this growth in algae is the development of a water plant called hyacinth. This plant was unseen until 1989 and since then has exploded to choke out harbors and coves.

As you can see the situation is dire.  So in your cichlid keeping experience please don’t forget the gorgeous cichlids from Lake Victoria and their desperate plight. 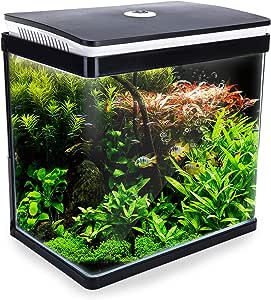 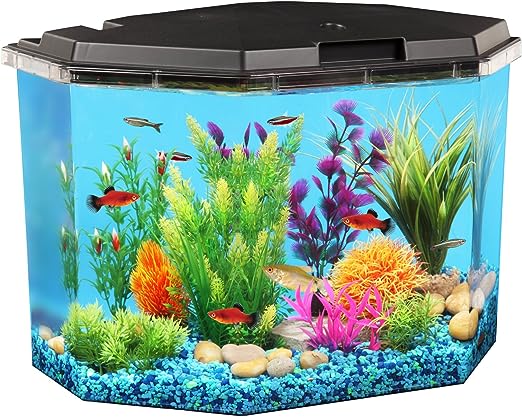 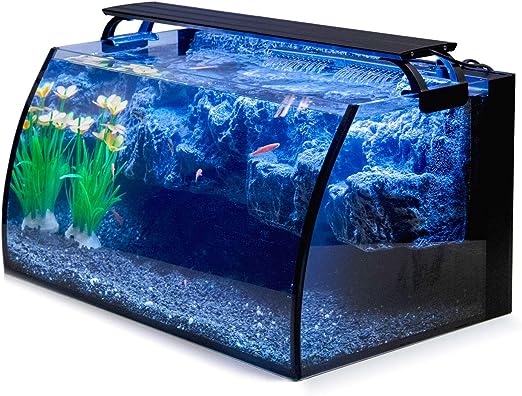 link to The Best Pond Vacuums Reviews to Buy In 2022

A fish pond is a beautiful addition to your garden or yard. You can keep all types of your favorite fish in that pond and can accessories it well. However outdoor fish places easily get dirty and you...

After buying a suitable aquarium next step is to buy the best fish aquarium background. This can be a difficult task because it can impact your marine life. So be careful while selecting an aquarium...

Hello and Welcome to TheAquariumExchange I am Ian the owner of this hobbyist site, my background in tropical fish started at a very young age growing up in the UK, our home always had a fish tank with many varieties of tropical fish from small guppy to large Tin Foil Barbs, my father was very proud of his hobbyist tank and I vividly remember going to fish shows with him to show his pride and joy Tin Foil Barbs and many other tropical fish, this was my spark in aquarium fish tanks and tropical fish, I found them to be very relaxing and calming to watch while growing up as I was a very sick child so I have found this therapy very rewarding and relaxing, I have had many fish tanks in the past and I'm very happy to share this hobbyist website with you to provide you with the information you will need to put a great looking Aquarium fish tank together, whether you are a beginner or a seasoned tank owner my goal is to help you make the best choices for you Aquarium, I do research different products for you on Amazon and write a review to help you make the right choices for your Family Aquarium, If you are looking for Tanks, Air filters, canister Filters, Reverse Osmosis unit, Saltwater Aquarium Sand, Aquarium Filters, Pumps, fish food and more including cool looking tank decorations this site will help you make the best decision for your Aquarium.

So if you want to build a better hobbyist aquarium, get the right equipment & enjoy your fish, corals, and invertebrates and more you are in the right place, I really hope you see my blog as not only worthwhile but worth recommending to your friends as well as well-wishers interested in learning more about water aquariums in general. Stay around with TheAquariumExchange.Com

If you would like something added to this site, please use the contact me and I will do my best to keep it updated, I would like to thank you all for visiting my site and I would like to wish you all the best for your home hobbyist aquarium experience.